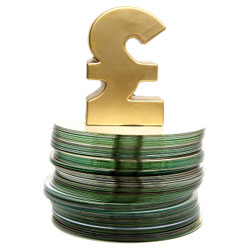 While the following list has many useful ideas, you don’t have to use all of them when it comes to your promotional campaign. You may instead want to focus your efforts on doing a few of them well if you have a limited amount of time or resources. So read on and see what types of promotion are best for you…


Getting Your Music To DJs

Getting your song to radio and event DJs is a must. If a load of DJs are playing your song all over the radio and at events, they’re basically doing a lot of the promotion work for you! It can almost be compared to outsourcing, except you don’t have to pay them.
DJs can be very influential people, and even a couple of plays from a top DJ can mean a big increase in your sales.
Some radio station DJs select their songs from a playlist, so if you manage to get on a big station’s playlist you’ve the chance to earn a lot of money from royalties as well as sells (Which come as a result from people hearing your music on the radio).
Similarly, if a lot of club DJs are playing your song and it gets people moving in the club, there’s a good chance you’ll make sales off the back of that too.

For these reasons, getting your music to DJs this is one of the most important types of promotion you can do. I recommend you all give it a try.

Flyering is the process of giving out flyers with your information on them. As you may know, flyers can be an effective but cheap way of getting your message out there. You can give these flyers out on the streets, at events, leave them in record shops to be pick up… The list is endless!
While many of the flyers you give out will end up on the floor, the sheer amount of flyers you give out can mean that even a small percentage of flyers doing there job can mean profit.
Say for example your presses up 5000 flyers for £80. This flyer is promoting a product that sales at £5. That means you’ll need 16 people you give flyers to to read and act on those flyers to cover the cost of pressing them up. That’s not even 0.5%! If then you get 1% of the people you give flyers to to act upon them (1% of 5,000 is 50) that means you’d end up making £250 (50 people spending £5 each).

So, where to get your printing done? Print Carrier is one of our favourite places to get flyers made as they do a quick turn around and are very cheap (Under £80 for 5000 A6 flyers printed on 300g matt coated paper). They also print worldwide. With them you have to supply your own design though, so if you don’t know anyone who can design for you (Or haven’t got the budget to hire a designer) another option is using Vistaprint. On their website you can easily design your own flyer from their given templates then send them to yourself.

Social networking sites are essential for promoting your music. It seems everyone’s on websites such as Facebook and Twitter, so not having your music on there means that you’re missing out on reaching a lot of potential fans. Facebook, Twitter and other social networking sites all work differently. That said, they all give you a chance to increase the exposure of your music and get people to know you exists. And if your music’s good enough, they may turn into real buying fans. Social networking should be part of your every day promotional effort, just be sure not to start mixing business with pleasure. It’s easy to get caught up spending too much time on these sites (And therefore not getting to do other equally important things) so make sure you set yourself a certain set amount of time to spend on them.

Youtube has meant that anyone can become a video superstar without the need for a big budget. As long as you have a means to record yourself (Sometime even an Argos camera will do depending on what you want to achieve) you can get your video out there. Even if you don’t have a video camera, you can still make good music videos for Youtube using software called Animoto. This software turns your pictures and audio into professional looking promotional videos, so that’s always an option. The beautiful thing about YouTube is it’s not a place for polished big budget videos (Although there is some of those on there too). Instead it’s a place where anyone with a good idea can showcase their videos and potentially have them go viral.
Once you’ve uploaded your promotional video to Youtube, you can also embed it on other websites (E.G Your personal website, Facebook, MySpace etc). Having your video in more places means there’s the potential for more people to see it, which can only be a good thing for you.

If you’ve got a bigger budget, you may want to promote yourself using more traditional video methods. Getting your video on TV can reach a wide audience of people, especially if played on the right channel at the right time. Producing these videos is more expensive then making your YouTube promotional videos (They generally need to be of a better quality in order to be accepted onto your targeted channel) but can also be very effective. They’re also good for providing credibility for an artist.

Doing shows is another good way of promoting yourself. During shows you get to interact and meet your fans, and the more people feel involved in your movement the more likely they will buy into you. You’ll also get to sell your music at shows, so not only will you be gaining awareness for your music, you’ll also be selling units.

Radio touring is when you appear on different radio stations over a set period of time promoting your product. Depending on the format of the shows you do, they may interview you, they may have you down for a talk, they may allow you to perform your music live over the radio, or they may just play your songs while you’re there. With this method of promotion you get exposure to the radio host’s fans and get to turn them into your fans (This will happen if your performance is good enough).

There are of course a lot more types of promotion you could be doing, but these are some of the best types you can do on a budget. I’d suggest adding some of these to your current promotional campaign if you have one going already, otherwise start using them when you get one going.

So what type of promotion have you had success with? Have you used any of the above mentioned methods? Let us know in the comments section below.