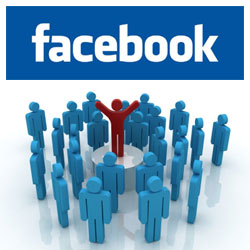 In this article, I will show you why Facebook fans are so important to your business and how to get Facebook fans fast. I will also look at why so many musicians struggle to get many Facebook fans, and how you can get up to 3000 new Facebook fans in 30 days (Please note, that book is no longer available. If you want to learn how to become a master of Facebook, then check out the relevant lesson in the Academy). But first, here’s a bit of background.

With the death of MySpace, Facebook has become one of the best outlets for the independent musician. While previously you couldn’t sell your music on Facebook, new applications have meant that you can not only do this, but you can also stream your music and personalise your page too.

Despite this, many musicians still aren’t sure how to gain new fans via Facebook. It’s not surprising to be honest, MySpace had taught us to be lazy. They showed us that all we had to do to get ‘fans’ was upload our music, add a load of random people as ‘Friends’, then send them pre-automated messages about listening to our music. Although it seemed it’d be effective at the time, looking back I’m not sure how so many people got scammed into thinking this was a good method of promotion (Myself included).

Now don’t get me wrong, MySpace did serve a purpose. Some people did get a good deal out of their exposure from MySpace, and it did allow everyone to showcase their music regardless of their ability (Whether that was a good thing or not is a matter of opinion). In terms of musicians learning how to properly promote themselves however, it probably did a lot more damage then it did good.

Want to know how to get Facebook fans? Lots of people want new Facebook fans, but why do people need them? And how can they benefit your independent music career? Well, I’ll tell you this from my own personal experience: People that become your fans on Facebook are usually people that are genuinely interested in what you have to offer.

People’s Facebook pages are practically an extension of their lives, so most people are very particular about what they add to their page. If you invite them to your group but they have no interest in what’s on your page, most likely they’ll just ignore the request. If however they do accept it, there’s a good chance they’ll look into your page and probably click links going to your website. In general, they’ll interact a lot more then traffic from other social media sites (E.g. Stumbleupon).

This is ideally what you want from any groups you set up, a responsive fan base that will be open to buying your music and promoting your sound for you. This is why Facebook fans pages can be a great place to build up your fan base. The more Facebook fans you have, the more sales you can potentially make.

So how do you get more Facebook fans? Well, you may think this is me being lazy here, but instead of writing a 10,000 word post on how to market your music on Facebook (And get fans), instead I’m going to point you in the direction of my favourite Facebook ebook: How To Attract 3,000 Facebook Fans In 30 Days. Now believe me when I tell you this will probably be the best book on Facebook promotion you’ll ever read. It’s written by Nick O’Neill, a man with over 100,000 Facebook fans (So he knows what he’s talking about). In this book he’ll run you through how to gain a whole load of new Facebook fans, and what you should be doing to keep them. I’ve used some of his techniques for two of my Facebook fan pages, both times with good effects.

In the interest of disclosure, the link provided to this book is an affiliate link. That however shouldn’t affect your decision to by the book, as there is a lot of quality information in there that will help you grow your Facebook fan page in no time.

Now don’t get me wrong, this isn’t a “I’ll read this ebook and 3000 fans will automatically pop on to my Facebook fan page” type of affair here. No, there’s actual work to be done in order to achieve these fans. This isn’t a book which will tell you to add 3000 random people in spammy ways, it’ll actually help you build up quality responsive fans, ones that will be interested in what you have to offer and possibly buy your music. As long as you’re willing to follow the book from start to finish and implement most of the strategies Nick shares with you, there’s no doubt you’ll end up with a whole load of new Facebook fans by the end of the month. And the great thing is this: Most of the strategies in the book can be used over and over again. So when you hit the 3,000 mark, there’s nothing to stop you from going on and gaining more!

If you’re serious about gaining new and responsive Facebook fans, How To Attract 3,000 Facebook Fans In 30 Days could be the book for you. That’s it for now, look out for future Facebook advice we’ve got coming soon. Now you know where to find out how to get Facebook fans, make sure you go and get them.