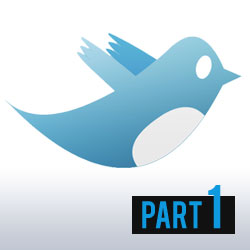 Today I’m going to show you how to promote your music with Twitter. From my tests, Twitter seems to be the quickest and easiest social media platform to get fans to your music. While many independent musicians have struggled to use Facebook effectively, Twitter can be the easy but just as effective alternative that you’ve been waiting for.

Over this two part series on promoting your music with Twitter, we will be looking at where to find targeted Twitter followers, how to get these followers to do what you want (E.g. Check out your music / join your mailing list etc) and most importantly how to automate this whole process using Tweet Adder. We will also be looking at a whole load of other details in between, so make sure you read this article in full to become a Twitter expert!


Note: How To Promote Your Music With Twitter, The Ultimate Guide Part 2 can now be read here. This however should only be read once you have read this post start to finish.

The Number One Mistake People Make When Promoting Music On Twitter

I’ve been using Twitter for a good while now, and have to say it’s one of the easiest means of social media promotion I use. It wasn’t always like this however, if you don’t have the right tools then promoting your music on Twitter can be a long and timely process.

As someone who does independent music, you should be spending the majority of your time doing the things that will gain you the most money and exposure. If you’re spending all day sitting at your computer adding Facebook and Twitter fans you’re not going to get very far at all. Yes these things do help get your name out there, but only as part of a wider promotional campaign. In fact, only around 5% of your time should go into this type of thing.

If you promote your music on Twitter manually, you have a long and hard task ahead of you. In order to create a strong and responsive account, you need to add a load of people, message them all, find out and delete the ones that aren’t responsive in any way, and add new people without double adding anyone. This is a very long process, and as you get more twitter followers this can take up many hours a day.

In order to cut this time down you have two options:

The things is, when you automate the process you don’t have to sit at your computer for hours adding and interacting with people. You can get Tweet Adder to add relevant people (I’ll explain the importance of relevant followers later), message people, tweet your messages, and unfollow people all on auto pilot. So while this is happening you can get on with writing your songs, networking with venue managers to get shows, sending your songs to Djs to play on radio, and all the other things that will make you the majority of money from your music.

While it’s not 100% necessary to use automation software to follow the rest of this article, I would strongly recommend using it as without it Twitter will take up too much of your time and won’t be worth the effort. Tweet Adder is the best twitter campaign manager I’ve come across, so give it a look. You can read out Tweet Adder Review here.

Just because you’ve got a Twitter account and one or two posts, that doesn’t mean that people will automatically want to follow you. Although Tweet Adder will make your promotion efforts a lot easier, you will still need to provide something worth while to your visitors. If you get a 1000 people coming your your Twitter page but you don’t have anything interesting to say, how many of those people do you think you’ll convert into fans? None is the answer, so the first thing you need to do after setting up a profile (And before you start adding people) is to make you page look lived in.

By this, I mean tweet some interesting things. You want at least 10 tweets on your page before you add a single person, so when they come to your page they’ll have a good idea if the information you provide is something that will interest them. Some things you might want to tweet about include any free songs you have, something interesting related to your music, or a competition. It can be anything really, but try to stay on topic with music and what you do. No one is going to want to read about what breakfast cereal you had, so think less ‘Facebook status’ and more ‘music business updates’.

In order to keep people following your page, you’ll want to tweet at least once a day. If you ever miss a day it doesn’t matter too much, just make sure you do one the day after. If you own Tweet Adder, you can pre-program tweets to go off in the future. I personally like to write seven tweets at once and set one to go off every day. I then come back a week later and write another seven tweets for the next seven days. This gives my followers something new and interesting to read every day without me having to always be on my Twitter account.

Another important thing to do is customizing your Twitter profile. You want your profile to instantly stand out and being recognisable to you. In order to do this, you can either design your own Twitter background and colour scheme, or you can get someone to design one for you.

If you’re going to do it yourself (Which isn’t as hard as it sounds), you first have to go to ‘settings’ in your account dashboard, then ‘design’. Here you will be able to select a pre designed twitter layout, or on the right hand side of the screen customise your profile more clicking ‘Check out Themeleon’. Themeleon is a pre-installed add on which gives you access to more pre designed Twitter themes, or in fact design your own. This is the option I recommend using.

You can design your own Twitter theme either by simple choosing the colours of your profile, or by adding one of your pictures as the background of your Twitter profile (If you have any Photoshop skills now is the ideal time to use them). Get your theme how you want it looking and click save.

Finding And Following Potential Fans Of Your Music On Twitter

Now that you have your Twitter account looking lived in with your page designed and your first few posts, you’re ready to start finding people to follow you. Unless you’re already established and you have a way of telling your fans to follow you, then you most likely won’t get any natural followers. This isn’t a problem though, as there is another way of getting twitter followers: By following them first!

People aren’t going to know you exist unless you get in their face, and you do this by following them to begin with. When you follow them, you want them to take interest in you by going back to your page to see who their new follower is. If you have something of interest to them on your page, they are likely to follow the information back to your website and check you out. This is why you need to have interesting things on your profile before you start adding people, if you simply add people with an empty profile they’re not going to end up back on your website or follow you back.

So how do we find a bunch of people that will potentially be interested in our type of music? Easy, we ‘borrow’ them from other established musicians in your genre.

Think about it, these established acts who make the same kind of music as you are going to have followers that are into that type of music. If you make the same kind of music to a high level, there’s a chance they’ll look into and follow you too. For example, if you make hip hop music then following all of 50 Cent’s followers could be a good idea. Or if you make rock music then it could be a good idea to follow Radiohead’s followers. You may want to follow big underground musician’s followers first however, as these followers have shown a proven interest in underground music (Which is what you currently make if you’re not mainstream yet) and are more likely to listen to you.

In order to make things a lot quicker and easier, I suggest you use Tweet Adder to make the process of following other independent musician’s followers a lot quicker and easier. While you can do this manually, the amount of time you put into it won’t be worth the rewards. What you need to do is set Tweet Adder to follow 200 of the fans of ‘Artist X’ (The musician in your niche with a lot of Twitter followers). I say 200 as when you have a new profile and 0 followers, it will look weird if you’ve 0 followers and are following 1000 people. Once you’ve set this you can leave Tweer Adder to run in the background while you do something else. A few days later (2-3 is ideal) you should go back and unfollow all the people that haven’t followed you back. These people will bring nothing to your marketing campaign, so there’s no point having them on your profile. Once again this can be done automatically using Tweet Adder, but you can do it manually if you’ve a lot of time on your hands.

For now, rinse and repeat this. As soon as you’ve unfollowed users, then go on to adding the next bunch. As you get more followers yourself you can start adding more people. So instead of adding 200 followers a time, you may want to add 300 or more. It really does depend on how quickly you want to scale this campaign and when you need to have it done by.

Once you’ve finished ‘borrowing’ all the fans from one particular Twitter account, you should go on to another related musician and follow all their music followers too. Once again, rinse and repeat.

Promote Your Music With Twitter, End Of Part One

That’s it for part one, please believe me when I say we’re just warming up!

Update: How To Promote Your Music With Twitter is now avalible and can be read here.

Be sure to look out for part two where we’ll look a lot more at how to effectively promote and sell your music with Twitter. This post will be available next week, so be sure to subscribe to our site to be informed when this post is ready.

I’ll see you next time with more tips on how to promote your music with Twitter.

8 thoughts on “How To Promote Your Music With Twitter, The Ultimate Guide Part 1”