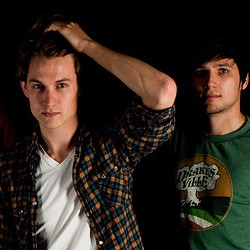 So what does promoting your music count as, sending out a few tweets? Sharing a link to your download on Facebook? Well, no. If you want a good amount of people to know about your release, you need to do a lot more promotion then that…

The Process Of Releasing Your Music

The process of releasing their music to a lot of people in the independent music business goes something like this:

Create a product and press it up. Once it’s ready, get it into record shops. Also get a digital copy and put it in online shops. Send out Facebook and Twitter messages letting people know that your music is out now, and expect the sales to roll in.

Unfortunately, it’s not as easy as that. If you don’t know how to promote your music properly, then all the rest of your hard work will have been wasted. Yes you can get your music on iTunes, but if people don’t even know it exists, how useful do you think that’s going to be?

Don’t let getting your CDs into shops be your ultimate aim, that’s just the beginning of things. Promotion should be seen as a mandatory part of your release plan, and where the majority of your effort goes into.

From what I’ve seen, there are two main reasons people don’t raise enough awareness of their releases:

You should never underestimate how much promotional work is required to really get your music out there. Not only do you need to do social media networking, but you also need to get your music played on radio, get a video out there if you have the budget (They can be made for cheap or even free if you know how), do some flyering and maybe even postering, perform live shows, promote yourself on forums, get in related magazines, and much more. While not possible for everyone, if you can do each of these things on a decent scale, you will raise a good amount of awareness for your music.

No it isn’t the easiest things in the world to promote yourself properly, but it needs to be done if you want people to really take notice. There’s no point spending 90% of your effort on creating your product then only 10% on promotion, you need to spend the weeks before (And the months after) your release doing promotional work. Hopefully you’ve created a mailing list on your own music website, and have a core set of people you can promote to easily…

When it comes to not having the budget, that’s not an excuse. It costs money to use the studio, and it cost money to press up your CDs. If you can find money for this, there is no excuse not to find money for promotion. Even if you have to save for a few more months and have to delay your release, then so be it. Having a CD out there with no real way to let people know it’s available is a sure fire way of getting low exposure and sales.

The result of not promoting your release enough is a lack of exposure. With most independent musicians, one of the main aims for releasing a CD or digital product is to get more people to know about the and gain new fans. This however isn’t going to happen if people outside your current fan base doesn’t hear about it. I’ve seen people make this mistake before, then go on to create another CD thinking that will be the one to really get them out there. If you simply launch it in the same way though, it won’t. Don’t miss out this key step because a lack of money.

How Music Does It Cost To Promote Your Release? 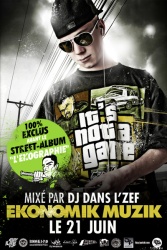 While there’s no set cost of promoting your new CD or online release, generally the more you can dedicate to your efforts, the better results you can get. You will of course need to spend your money on the right things, as just because you spend money it doesn’t guarantee good exposure.

Let’s say you spend money to get an advert on a rock and roll radio station… But you make R&B music. It’s hardly going to bring in many new fans is it?

Be wise about how you spend money on music promotion. If you’ve clever about things, you may even be able to get some of your promotional work done for free. Getting a street team to do your social marketing for example, that’s always a big help. Giving Djs songs to play on their shows and events, that’s a free form of promotion. Doing an interview on someone else’s Youtube channel, that’s free, and can bring in a lot of new fans.

There are a lot of ways you can promote your release, some of which costs money, some that are free. The important things however is that you do the promotion that is needed to get your brand out there. Without this, all your prior work will have come to nothing.

I know a lot of independent musicians aren’t too keen on the promo side of things, but if you want to succeed in this music business, you simply have to bite the bullet and get it done. If other musicians are willing to do it and you’re not, who do you think will have the best chance of making the bigger name? Don’t let all your hard work go to waste, promote your release in as many ways as possible.

2 thoughts on “Release And Sell Your Music, Just Don’t Forget To Promote It”