This is a guest post by Christine Infanger from Thirty Roses. Want to write for this site? Find out more here. 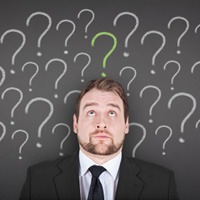 No matter your taste, everyone likes music. Perhaps some are more passionate about it than others, but everyone has a favorite song; a song which they relate to more than any other.

Music is a powerful, almost mythical force. And, while you often read and hear about the amazing talent of the men and women responsible for the sounds that mean so much to us all, we seldom hear about the people who make it possible for us to hear them; their managers.

It may sound like more than a slight exaggeration to say that without managers, we would never hear music. But if you know anything at all about how the music industry works, you know this isn’t much of a misstatement.

The one thing everyone in the music industry agrees on is this: Management is everything.
Good management will allow a talented artist to realize their fullest potential and make sure the public becomes equally aware of it. They allow room for creative development, rebirth, and career longevity in an industry that is fickle on its best day.

While no one would dispute the storied career of Dame Shirley Bassey, I highly doubt anyone anticipated her remarkable 2009 comeback.

After having been away from recording and performance for a number of years, Dame Shirley blew everyone away with her 2007 Glastonbury Festival performance. It was after this that former PR guru turned manager Paul Carey approached her with a concept for a new album. Not only had Mr. Carey been in touch with a number of top contemporary artists regarding writing tracks for the record, he had a plan for the entire project: from the album itself, to the marketing, promotion, and tour.

This is an prime example of two key traits any manager must have; foresight and organizational skills.

Mr. Carey thought out every aspect of the project before a note had been sung, and that played a huge role in its overall success.

As relaxed and whimsical as performers look on stage, a lot of difficult business goes into getting them to that point. This is why managers are so important.

While artists are establishing their careers, it isn’t uncommon for a band member or close friend to take on the management duties. While this is fine, in theory, there are a few things that are very important to keep in mind.

Being a manager is quite a lot like being a parent in that you assume many different titles and roles simultaneously, and are seldom fully acknowledged and appreciated.

When a band becomes really successful, you’ll have a bigger budget to work with and can delegate responsibilities to others to assist you. In the early stages, most of the work will lie with one or possibly two people.

For this reason, be certain that your manager possesses a few key qualities.

Key Qualities That A Music Manager Should Have

Here are some key qualities that your manager should have:

They Should Be Trustworthy. 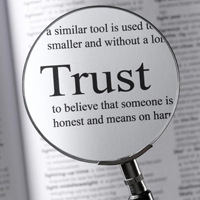 Your manager will prove to be the most important person in your career. Always. For this reason, you must be able to trust them with absolutely anything and everything. If you can’t, then you need to get a new manager. While it’s crucial for artists to stay abreast of the business aspect of their careers, they must also be able to rest assured that their manager is always looking after their best interests. Remember, this person will be handling your income, negotiating on your behalf, and representing you to the public. You need to feel confident that they are doing so honestly.

Your Music Manager Should Be Organized.
There will be dates, order information, venues, contacts, travel, and a myriad of other minutiae to keep track of at all times. Make sure your manager (or potential manager) is equal to the task, because if they can’t keep it straight, everything will end up in shambles. Ultimately, that will reflect negatively upon you, the artist.

A Good Manager Is Always Punctual.
This could probably fall under the “organization” category, but I feel it’s important enough to warrant its own paragraph. Tardiness is annoying enough when you’re meeting a friend for a tea or coffee, but imagine having a manager who is constantly late for important meetings and negotiations. Your manager is a reflection of you and should be a positive one. If they’re constantly keeping people waiting, venues and companies will want to stop dealing with your band, NOT your manager. This will mean fewer gigs and interviews, and ultimately less revenue for you.

They Should Have A Good Business Sense.
That isn’t to say all managers have to have a degree from the London School of Economics, but let’s face it – musicians want to focus on music. Managers serve as the right-brain advocates of the artists they represent. It stands to reason that your manager should have a good sense of negotiation, contracts, accounting, and be well versed in current music industry happenings.

Take Courtyard Management, for example. Bryce Edge and Chris Hufford, and co-manager Brian Message have been with Radiohead from the beginning of their career. They have provided an environment in which the band can thrive creatively, all the while making sound business decisions and giving advice that allows them to maintain a career as one of the most innovative and respected bands of the past twenty years.

Final Tips When Hiring A Manager

It obviously takes a lot to find a good manager but the most important thing is to remember that ultimately, it’s business and needs to be treated as such.

Even if a lifelong friend ends up in charge of your career, be sure to have a contract drawn up.
At the early stages of a career it may not seem important, but stating expectations, responsibilities, and salary in a contract will ultimately protect all involved.

Finally, be sure to trust your instincts. No matter how highly regarded someone may be or what credentials they may have, if the chemistry doesn’t feel right or you don’t feel they can take your career in a direction you’d like to go, don’t sign on with them.

They may be the greatest manager in the world on paper, but if you can’t agree on what projects you should focus on, little will get done and everyone’s time will be wasted.

With the right guidance and support, the potential for artistic growth is exponential. Finding the right manager, however, is the one time when musicians absolutely have to use strict business sense in making the right decision.

If you want to hear more music business advice from Christine Infanger, check out her site Thirty Roses, a Music Industry blog advising on trends, technology, and more.

4 thoughts on “Do You Need A Manager For Your Music Career?”