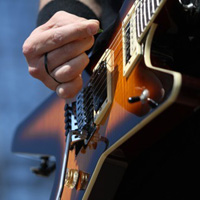 This is a contributed guide by Nils at Bandologie. “It’s the story of a successful promotional concert me and my band did. The scene? 9:15am in a school break hall in front of shocked pupils.” If you have anything helpful to contribute to one of our sites, contact us here.

Here you can read about one of the most powerful independent music promotion events that I participated in.

At the age of 24, I became a product manager at the major record label BMG. Before that though, I used to play the drums in a heavy metal band for several years.

Like many musicians, we often tried to get local venues to allow us to gig. This though, wasn’t always easy. Most musicians almost beg club owners and bookers to play another gig, but there is a better way: While begging can work from time to time, the only solution to carry on getting gigs in the long run is to get a bigger audience to your concerts. Not easy I know, but true. As they say, “Don’t shoot the messenger”.

Live bookers, club owners, label executives and other music industry professionals have a job to do. These people are not necessarily greedy, but they need to earn from what they are doing. In their eyes, it’s not about how much exposure you’ll get for performing at their venue. It‘s about the organizer’s earnings, at least when it comes to live gigs beyond your own garage and cultural institutions that are subsidized by the government.

In other words, whether or not you’re booked is not normally based on how talented you are. It’s based on the amount of money you will make for the booker and the venue owner. Having said that, even if you’re not a big name musician yet, you can still pull off shows and make them successful. 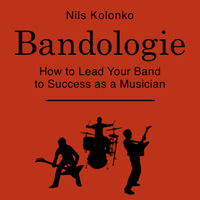 So here’s an idea me and my heavy metal band pulled off in our hay day. This is an excerpt from the book “Bandologie – How to Lead Your Band to Success as a Musician”:

Even if you aren’t part of a world famous band, you can still run an original and inventive sales promotion to increase your music sales. Back in the day, my former band and I had scheduled a live show at our local youth center. Few people had appeared at our previous gigs due to our bad advertising in the past, but this time we had an idea.

During my two free school periods, I drove to the school closest to the youth center. I had managed to get an appointment with the school principal there. I handed him our demo tape and press kit, and asked him if he would let us play our heavy metal in his break hall on the Friday morning before our show. He looked a little perplexed, yet agreed: “But only three songs maximum, and after the break, silence!”… Deal!

The school break-time bell rang. We let loose with our first track. The student’s eyes widened: There was a live band belting out music right in the middle of their break hall! By the second song, enthusiastic and surprised students were jumping around, and by the third song a crowd surfer even crashed to the floor right at our feet!

After the third song, I shouted at my band: “Only two minutes left. Quick!” We put down our instruments and spread out our flyers, which were literally ripped out of our hands that day! Naturally, I had also called the local press in advance, and so the following day there was a half-page article, which included a huge photo of us, in the best known newspaper in the area.

I’m sure I don’t have to mention that more people came to our concert that evening than ever before! It was a complete success…

How The Speed Of Implementation Helped Us

Back then, we felt that another local rock band was our biggest competition. When the lead singer of this band saw US playing in HIS school, his anger almost made his head explode. He later screamed at some of his band mates: “This was MY idea!”

Well, having ideas is a nice thing, but ideas don‘t get you anywhere unless you put them into action.

Additionally, speed of implementation can be an important factor on a highly competitive market like the music business. In this case, we both had the same idea (We did not steal it) but our band was much faster in carrying it out.

The mentioned lead singer later admitted that he had “planned” this idea for more than a year. In contrast, when we had the idea, we talked it through at our very next rehearsal, and the day after that we had decided to go for it. I instantly visited the school‘s facilities, checked the locations of any necessary electrical outlets, and made a note of what equipment we would need.

The effect of this promotion sounds easy to achieve at first. However, it was a lot of hard work for us as a band. One of the reasons why the school principal agreed to let us play, was our precise preparation.

When the principal asked me how everything’s going to work (At our meeting before the promotional concert), I instantly replied something like:

“The best place for the stage is the right corner in front of the teacher’s room. There is a socket and we will bring junction boxes. Our mixing console can be placed on a desk on the other side of the room. We will bring a multicore cable and our self-made PA system. There are twelve mid-sized wooden boxes spread across the hall. These can be build up as a stage. We will bring a thick carpet for the drums, so there will be no damage to the boxes. The only problem is the double-door of glass. It would have to be closed on one side to make the stage fit in. This should still be enough space as an emergency escape route and the escape routes for the audience lead into the other direction anyway. Do you want to see our layout for the promotional poster?”

What I’ve Learned Since That Promotional Concert

From my time as a musician and all the studying I’ve done since then, I’ve learned two crucial things:

So while other musicians play standard shows in front of empty clubs, you just learned the truth about the amount of knowledge, straightforwardness and energy than can enable YOUR band to do a successful promotional activity. Learn to think outside the box with your promotional ideas; Don’t be afraid to think big, and don’t be slow to implement them! 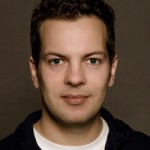 Nils, the contributor of this guide, is the author of the book ‘Bandologie – How to Lead Your Band to Success as a Musician’. You can see more information about this book and buy it via www.bandologie.com/book. If you want to know more about Nils himself, check out www.bandologie.com/nils.