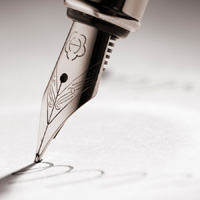 I grew up heavily involved in my local music scene: I knew the bands, and the promoters well enough that I called them my friends. As soon as I was old enough I started organizing shows so my favorite local bands could be heard and seen more. I had a fair crack at it, but as the years went on other things took over, and I moved into other realms. I remember that time fondly, especially because I helped many bands get going, both fan base wise, as well as financially. Now, for many reasons I’m being drawn back into the world of promotion, and I’m noticing quite a few differences in the way the local promoters now operate: they don’t pay the bands.

This isn’t everyone, I just want to make that clear, but it is a lot. Saying that, I really don’t understand why this would be the case: social websites such as Twitter, Tumblr, and Facebook suggest that music is more alive than ever, so why is this the case?

I met rock band Pianos Become The Teeth after a show once, and they told me how they still have full time table waiting jobs back home to make a living. Okay, they’re not exactly a household name, but they are a hugely respected band who tour globally, and their media exposure, as well as the way people talk about them online would suggest they’ve somewhat “made it”. If they can’t make being in a band financially viable, how can local bands?

There a whole range of cost involved in organizing a show, and right now some promoters see covering the cost of flyer printing more important than paying the bands. This shouldn’t be the case. Promotion is very important yes, but never ever as important as paying the band, or as I like to think of them as: the reason people are at your show.

I understand that ticket prices need to be kept as low as possible, but if cuts need to be made, this should always come from what the promoter pockets, and not the bands’. The bands involved are the artistic commodity: they are the things you are trying to sell, and they should be justly rewarded. You shouldn’t ask a band to play for “stage time”. A band asks for stage time, a promoter never offers it as payment. The completion of a job is always paid for in money, nothing else.

Some times a promoter does pay, but they don’t pay enough. From my experience this comes as a result of there always being someone who will work for less. As a way to save costs, some promoters will choose the act that wants less money. Over time this has forced bands to accept less and less to remain competitive. This has seriously devalued the Art form. It seems expected now that many bands should just play for free. This isn’t how a promoter should choose their acts: they should choose them on who is best, and then pay them a fee that reflects how much they trust them in doing a job… 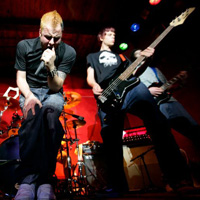 A good friend of mine is a band with four other people. The last time they played they were given £50 (That’s about $75) to open a show. That works out at £10 per person. To play the gig they had to make a 200 mile round trip in a van, and be there for 7.30pm. This meant that they had to take the afternoon off work, losing out on any pay from that. On top of that, the promoter wouldn’t pay them until the end of the night, so they had to stick around until 11.30pm. This meant they couldn’t double up or anything, to try and make a little money at another venue across town.

Apart from the travel I would say they technically did 4 hours of work by being at the show, for £10 each! They were supporting a globally touring band (I won’t say who) and the whole thing was supposed to be a big deal.

If you were to work for 4 hours in the UK, you would make a minimum of £25 (about $38) because of minimum wage. For the five of them to make minimum wage, they would need to be paid £125 ($187.50). They didn’t receive half of that. If they had asked for that much, the “opportunity” would have been given to somebody else.

Due to the financial toll taken by being in a band, and trying to take as many “opportunities” as possible, they ended up calling it a day. They could have been the next big thing, but now we’ll never know.

Things could have been different if promoters had valued them more, and I imagine the same could be said for many bands the world over.

How Much Should Musicians Get Paid For Gigs?

It’s really not that difficult to pay your bands properly. When I would organize shows this is how my payments would break down:

You would need 100 People to pay 11 each to break even. Any money I made would be the extra. If you don’t think people will pay that sort of money for your show, you need better bands, not cheaper ones.

10 thoughts on “Pay Musicians More For Gigging! A Open Letter To Event Organizers”