Ok, so we thought we’d do something different for you today. As our regular readers will know, we usually have heavily text based posts giving advice. Today though, we’ve got an infographic for you giving 15 tips to better music production.

This is a guest post by Marcel van Ling from Hot Beat Store, and a follow up to our beginners guide on how to product music. This lesson is more advanced. You can write for this site too. 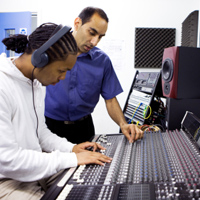 Rap, Hip Hop and R&B beats are important for recording artists, and not hard to find on the internet. If you do a Google search for ‘hip hop beats’ for example, you’ll get hundreds of websites offering them for your use.

Beats, or instrumentals as they’re also known, are musical arrangements without the vocals. Because of their popularity, there are a lot of producers making rap beats. This however doesn’t mean there’s no space for you in the music production market. As you can imagine, the quality of these instrumentals vary very much. Some are at a very high quality, while others are extremely poor. 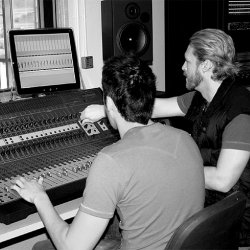 Today we thought we’d give you a few music production tips that can really help take your music production skills and technique to the next level. As a producer it can be too easy to fall into a rut, and not really reach the next level in terms on the types of beats you make. This is exactly what you want to avoid, as without always analysing what you’re doing and trying new things, you will never progress as a producer.

In this article, we look at a few things beginner and intermediate producers can do to get thinking about how they make beats. If you follow these tips, you will not only end up being more open in your production style, but also more structured and able to tell what makes a good instrumental. Enjoy. 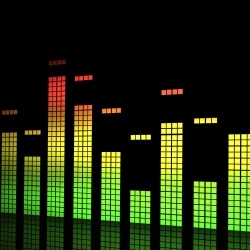 In a continuation of our topics on how to produce music, today we thought we’d look at what the best cheap music production software is. In those articles, we briefly touched on our favourite tool for producing music, DUBturbo. Today however, we will elaborate on why this is the best cheap production software you can get if you’re on a budget, and look at some of the pitfalls you need to avoid when buying cheap software online.

Remember, regardless of whether or not you’re on a budget, it’s still important to get a good quality music production tool. There’s no point saving money if the beats you produce end up being of a poor quality. Thankfully this isn’t the case with DUBturbo, but it’s something worth baring in mind when look at other software. 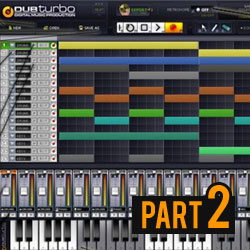 Welcome to How To Produce Music For Beginners Part Two. This is the second of a two part series helping beginners get to grips with how to produce their own music. In part one we looked at why you would want to become a music producer, whether you should use a professional recording studio or produce at home with beat maker software such as DubTurbo (And why), how hard music production really is, and what you need to get started. In this part, we’ll look at what software you should use to learn the ropes, where to get your own samples to makes your songs more exciting, how to arrange your songs, and what you need to do if you want to create beats like a professional.

If you haven’t checked out part one yet, I suggest you read that first to get some background knowledge that will help you come a better producer: 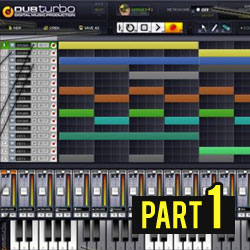 If you’ve ever wondered how to produce music, you’ve come to the right place. In this two part guide, we look out how to produce music for beginners, and how to do so with minimum funds available to you. Despite popular belief, you don’t need to spend hundreds of dollars on software to become a good music producer. What you do need however, is practice and a good ear for sounds.

I’ve seen people spend hundreds on music production software and struggle to use it properly. I’ve also seen people spend $30 on simple beat maker software such as DubTurbo, and make good quality beats in a matter of hours. Being a producer is more then just what software you use; it’s how you use it, and how much time and effort you’re willing to put into mastering your craft.

If you want to learn how to produce music, I suggest you read this article from start to finish. As long as you apply what you learn and work on becoming a music producer, there’s no reason you won’t have your first songs complete sooner rather then later.

P.S. How To Produce Music For Beginners Part Two is also out now. If you want to know what is the beat maker software why, how to structure a song properly, and how to get the work levels of a top producer, we suggest you read that as well. 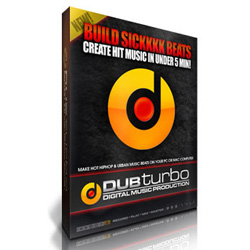 This is a DUBturbo review.

Today we’re going to look at DUBturbo, and why it’s considered one of the best music beat makers on the market for intermediate and beginner producers. Dub Turbo is a relatively new piece of music production software, but in a very short amount of time it has gained a large amount of market share. It has been able to do this for one simple reason: It is a lot more powerful, and a lot cheaper, then any of it’s nearest competitors.

In this review we give an honest look at Dubturbo, and help you decide if it’s the beat making software for you. If you decide it is, make sure you get DubTurbo through our link to be able to claim our exclusive DubTurbo Bonus.